Health and care services are not always offering people with sensory and learning disabilities information in a format they can understand. The law says that they must do this.

The Accessible Information Standard came into effect from 1 August 2016 and is a legal requirement.

Healthwatch spoke to more than 180 disabled people locally about their experiences in the last year, and found that many were not getting information in a way they could read or understand.

‘If people can not understand what they are being told about their health or care, then they haven’t lawfully given their consent to any treatment or change in their care arrangements’

‘Not being able to understand what you are being told also makes it much harder for you to manage your health and follow any treatment or care guidance. We know that people with sensory and learning disabilities routinely have poorer health and often don’t live as long, as the general population.’ 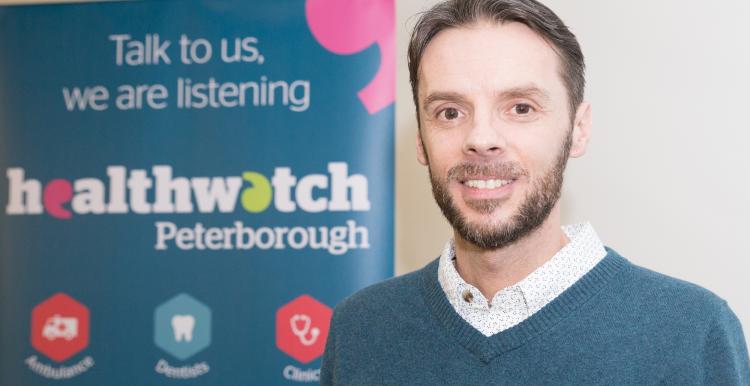 Peterborough resident Jason found himself in a confusing and dangerous situation when he had to go to A&E with a lung condition. Jason is Deaf and uses British Sign Language.

‘I asked if I could have an interpreter, and they said that they couldn’t find one at such short notice.’

Like many Deaf people Jason struggles with written English, which has very different grammar to British Sign Language. He tried to communicate with the staff by writing things down on his phone. But it wasn’t clear to him what was wrong with his lung or what treatment was needed.

A nurse who knew some basic sign language tried to explain to Jason what was wrong with his lung. When this didn't work the staff called his brother in law (who is also Deaf) from home to help. Neither of them could explain Jason’s condition to him. He asked repeatedly for a professional interpreter to be found.

Eventually, after over seven hours in A&E, a qualified interpreter arrived. The interpreter explained to Jason that he had a pneumothorax blebs, a hole in his lung which had caused it to collapse. The interpreter also explained the treatment that was required, which Jason was then able, finally, to agree to.

‘I asked why they kept checking my blood pressure. They explained that it was because my heart was having to work extra hard, which was quite risky. It could have been really quite dangerous, thinking back on it now.’

‘Imagine if there had been an interpreter from the start. We could have got the procedure done quickly, but I couldn’t consent because I didn’t know what was going on. Nurses, GPs, everyone needs a little bit of training.’

Healthwatch wants local health and care organisations to do more

Tell us about your experiences

NHS and social care staff are doing everything they can to keep us well during these challenging times, but there might be things that can be improved.

Your feedback can help services spot issues that are affecting care for you and your loved ones. 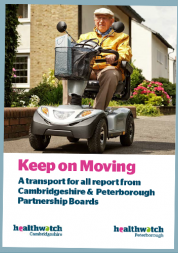 Keep on Moving: a "transport for all" report
20 May 2021
The Cambridgeshire and Peterborough Partnership Boards have published...
Find out more 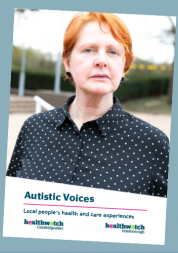